Email Us|Short Application |Call Us 424.225.2167 | Products|Today's Rates|Live Chat
« PreviousTrumpcare Raids Medicare To Enrich The Wealthy And Plant A Bomb
Next »The financial benefits of the EPA data Trump doesn’t want you to know about 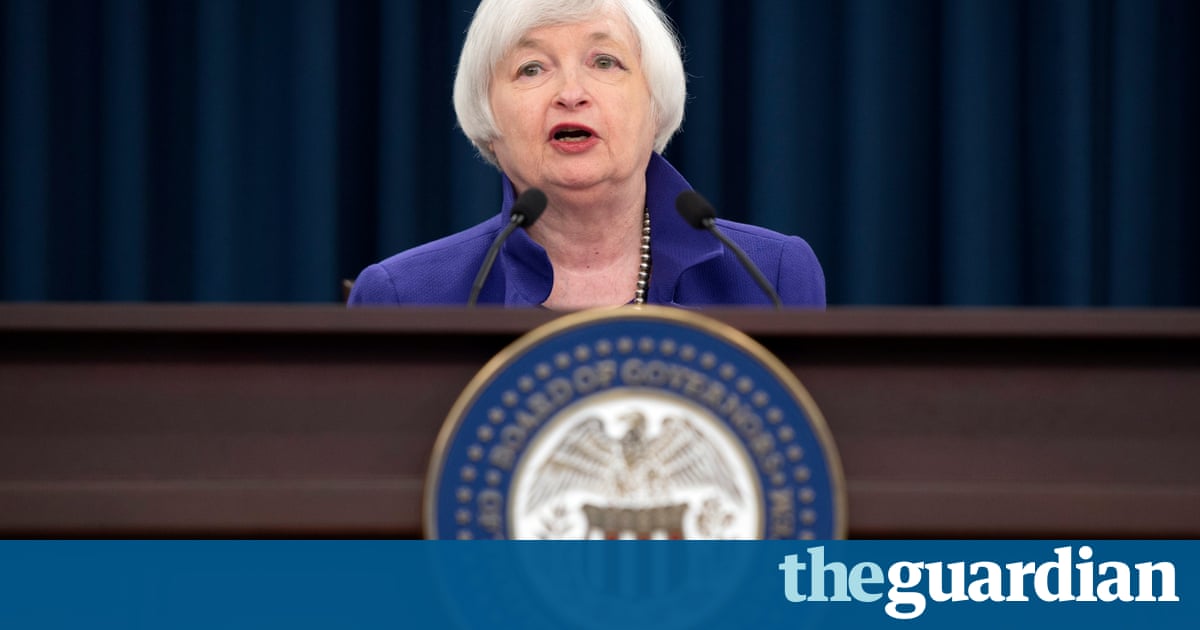 The US Federal Reserve has sought to head off rising inflation with a third interest rate rise since the 2008 financial crash and the second in three months, taking the base rate from 0.75% to 1%.

The central bank set aside concerns about the impact of higher interest rates on consumer spending to confirm analyst projections that it is prepared to increase rates several times this year to keep a lid on inflation as it rises above its 2% target level.

The Feds chair, Janet Yellen, said a wide range of indicators showed the US economy was in rude health, allowing its interest rate setting committee to push rates back towards historically normal levels. Policymakers voted nine to one to raise rates.

Speaking after the decision, Yellen said she had met Donald Trumps treasury secretary, Steven Mnuchin, a couple of times but had only been introduced to the president himself.

I fully expect to have a strong relationship with secretary Mnuchin, she said. We had good discussions about the economy, about regulatory objectives, the work of the FSOC [Financial Stability Oversight Council] global economic developments, and I look forward to continuing to work with him. She said she had had a very brief meeting with Trump and appreciated that as well.

Earlier in the day the Department of Commerce said retail sales had inched up by 0.1% in February, and that they had been better than it had previously estimated in January.

The Department of Labor said consumer prices were 2.7% higher in February than a year earlier. After excluding the costs of food and energy, inflation was 2.2%. A housing market index from the National Association of Home Builders also surged to its highest level since 2005.

US stock markets moved up on the news, rising 90 points in the minutes after the decision, and US crude rose 2%. The increases were modest following Yellens signals in December that interest rates were on an upward path. Investors were also caught out by Yellens bullish comments in the wake of the announcement and by projections showing that 11 of her 17 policymaking colleagues saw borrowing costs rising another three times in 2017.

Dennis de Jong, the managing director of the currency trader UFX.com, said: Given the bloating effect Donald Trumps presidency has had on US inflation, it would have been more of a surprise had Fed Chair Janet Yellen not announced a rate hike at todays Federal Reserve meeting.

Trumps grand plans for American infrastructure spending have signalled an about-turn for US economic policy after just one rate increase in ten years, weve now seen two in the space of three months, and plenty more are expected for 2017.

This all spells bad news for US borrowers, who will likely have to foot a larger bill over the coming months. With at least three more hikes on the cards by the end of the year, todays news could hit many where it hurts the most the pocket.

Some economists argue that weak wages and productivity growth in the US will limit the Feds rate increases to a handful before reaching a peak at around 2%.

Gus Faucher, the deputy chief economist at the stockbroker PNC, said: I think the concern, in terms of why the Fed is raising rates now, is that inflation is picking up. The unemployment rate is 4.7% and thats putting upward pressure on prices.

He told the Guardian economic forces were acting against a return to interest rate levels of 4-5% seen before the 2008 crash.

We have slower labor force growth because of the ageing of the baby boomers, [and thus] slower productivity growth in terms of output per worker, he said. That has reduced the potential for long-run growth, its reduced inflationary pressures, and I think rates in the future will be lower than they have been in the past.

I do think eventually that higher interest rates are going to have an impact on rates for car loans, so that may be a problem for automakers. It may be a problem for big-ticket durable items, home appliances, stuff like that. There is a ceiling on those effects, though, and Faucher doesnt think they will affect home loans.

There isnt much bleed over into mortgage rates; its mostly the short-term borrowers, he said.

Fed policymakers are known to be concerned that the tax cuts and extra government spending Trump has demanded could overheat the economy and lead to a deep recession. Should that happen, the Fed will want to have substantial interest rates in place.