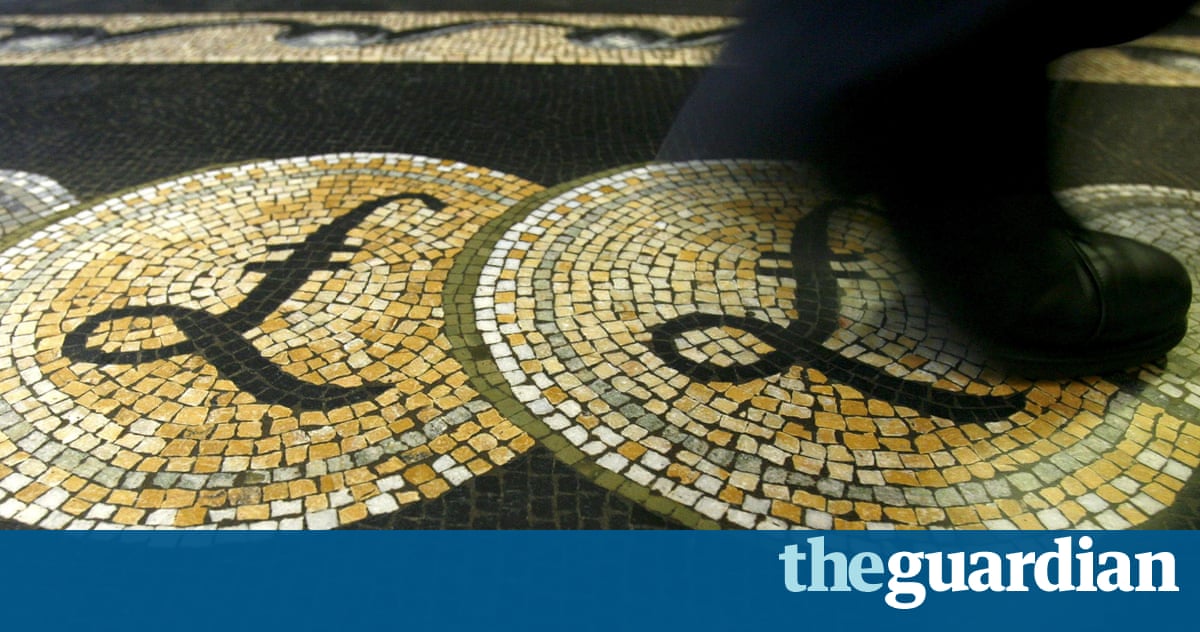 The UK has been stripped of its last AAA rating as credit agency Standard & Poors warned of the economic, fiscal and constitutional risks the country now faces as a result of the EU referendum result.

The two-notch downgrade came with a warning that S&P could slash its rating again. It described the result of the vote as a seminal event that would lead to a less predictable stable and effective policy framework in the UK.

The agency added that the vote to remain in Scotland and Northern Ireland creates wider constitutional issues for the country as a whole.

S&P was the last of the big three ratings agencies to have a blue-chip rating on the UKs credit-worthiness. Moodys, which stripped the UK of its top notch rating amid the austerity cuts of 2013, said last week it might further cut its view of the UK.

Rating agency moves have the potential to make it more expensive for the government to borrow.

The S&P move came after another torrid day on the financial markets. The pound hit fresh 31-year lows and 40bn was wiped off the value of the UKs biggest companies on Monday, despite efforts by George Osborne to quell investors concerns about the economic and political ramifications of the Brexit vote.

After three days of silence, the chancellor made a statement on Monday morning to try to calm the markets. However, sterling remained under sustained pressure on the foreign exchange markets as economists slashed their forecasts for UK economic growth. Wall Street was also weaker while continental bourses sold off sharply after Fridays record $2tn of losses on global stock markets.

Expectations are mounting that the Bank of England will cut interest rates possibly to zero from their historic low 0.5% to stimulate the economy, and yields on government bonds fell below 1% for the first time, which could spell cheaper mortgage rates.

In a live broadcast just after 7am, as dealers in London braced for another day of turmoil, Osborne insisted: Our economy is about as strong as it could be to confront the challenge our country now faces.

Its been another dramatic day of trading on the UK stock market, said Laith Khalaf, senior analyst at the financial firm Hargreaves Lansdown.

Companies likely to be impacted by a Brexit-induced recession were hit hard. In two days, about 40bn has been wiped off the value of banking stocks and 8bn off housebuilders. At one point, shares in the bailed-out Royal Bank of Scotland plunged 25%, while housebuilders such as Persimmon and Taylor Wimpey have lost more than 40% in just two trading days.

Michael Hewson, chief market analyst at CMC Markets, said while Osbornes statement had been measured his comments were unable to prevent the feeling that UK politics remains in a state of paralysis, with no clear contingencies in place to deal with the fallout of a leave vote.

The biggest faller in the FTSE 100 was short-haul airline easyjet, which plunged by 22% after warning that wary consumers would now rethink their travel plans. Exchange rate movements, the carrier added, would add 25m to costs.

Another profit warning came from the London-focused estate agent Foxtons. Its shares dived 25% after it said Brexit would hit sales for the rest of the year. Shares in so-called challenger banks such as Virgin Money were also pummelled.

Osborne spoke after it emerged that the Bank of England governor, Mark Carney, had cancelled a trip to Portugal to remain in the UK to oversee any response from Threadneedle Street.

The Banks financial policy committee, set in the aftermath of the financial crisis to look for threats to stability, will meet on Tuesday, when the Bank of England will again offer emergency loans to banks as part of its Brexit planning.

The fallout from the vote is being felt around the world. Italys main index fell 4%, extending Fridays record losses of 12.5%. In Germany and France there were losses of 3%. At the time of the London close, on Wall Street the main share indices were all down more than 1%.

The chancellor may have taken some comfort from the fall in yields on 10-year government bonds. Yields on these gilts, which move inversely to prices, fell below 1% for the first time. This fall in gilt yields will keep government borrowing costs down and lead to lower mortgage rates. However, they also mean pension companies have started cutting the amount paid to the newly retired.

Osborne refused to repeat his pre-vote warning of a Brexit recession, saying only that the economy would face adjustments. But analysts started to cut their forecasts for UK growth. Goldman Sachs, forecasts just 0.2% growth in 2017, down from 2% predicted previously.

The consultancy Oxford Economics said interest rates could be slashed to 0% within weeks. Morgan Stanley analysts said European and UK stocks would fall up to 10% over the coming months and sterling would fall to between $1.25 and $1.30.

Much of the markets focus has been on the pound, particularly after the speculator George Soros, who made $1bn when sterling fell out of the exchange rate mechanism in 1992, had warned of a black Friday in the event of Brexit. His spokesman stressed that he had not bet against the pound last week.

George Soros did not speculate against sterling while he was arguing for Britain to remain in the European Union, the spokesman told Reuters. However, because of his generally bearish outlook on world markets, Mr Soros did profit from other investments