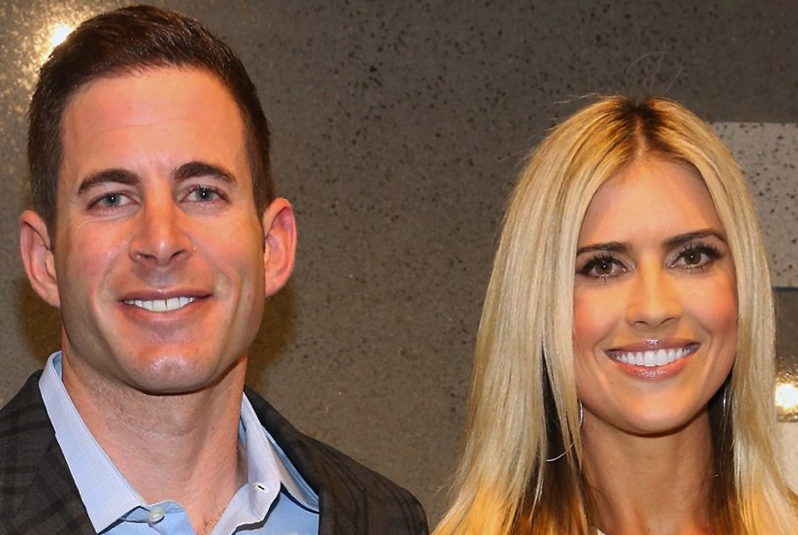 Everyone knows HGTV is the cable equivalent of the snooze button, i.e., its primary function is to interrupt your afternoon nap every five minutes. Well, until the curse of 2016 struck again and turned into the kind of reality show I actually want to pay attention to. Its not like breakups are hard to come by in Hollywood, but Tarek and Christina El Moussas divorce has everything a drama-addicted betch could ever want: fights on the lawn. Police helicopters. Probably-fake mountain lions. TBH the fact that Tarek is now dating his kids 23-year-old nanny is the boring part.

The couple announced their separation back in December, and on Tuesday, Tarek officially filed for divorce from Christina. Hes also filing for spousal support, presumably because Christinas way prettier than he is and destined to land another TV deal, like, tomorrow.

So pour a shot and join me in saying goodbye to a relationship nobody really cared about until it imploded.

Tarek and Christina got married in 2009, not long after the housing bubble burst. Theyre both real estate agents, so it was an even shittier time for them than most people. Then they managed to land a deal with HGTV in 2013, starring in a show that played to their strengths, aka being rich Californians who sell houses to other rich Californians.

For years, I was under the impression that they were boring as fuck, but apparently, the couple was hiding secret depths of crazy this whole time. After they announced their separation last month, it turns out that there was an Incident-with-a-capital-I back in May. Supposedly, Tarek ran out into the backyard brandishing a gun, and Christina ran after him freaking out for obvious reasons. Police found Tarek wandering the trails of a local state park, and he claimed he brought the gun along to fend off all the mountain lions and rattlesnakes he might come across. Whatever you say, buddy.

Oh, and there was a witness at the scenecontractor Gary Anderson claimed saw the whole thing from a neighboring house when shit went down. I would believe him, but hes the same Gary Anderson Christina is now dating. Im just going to assume hes lying harder than Taylor Swift whenever someone asks about her thoughts on Famous.

Anyway, Tarek and Christina started living separately after that, and now theyre both dating other people. The former couple released a statement saying theyll be co-parenting and plan on an amicable divorce, blah blah blah, but well see how long that lasts considering theyre still working together.

Say what you will about the shittiness of 2016, but the celeb gossip was unparalleled, #bless.