Montpellier in the spotlight: development mania in France’s fastest-growing city

This sun-kissed city has just become Frances seventh largest on the back of students, biotech … and a lively skanking scene 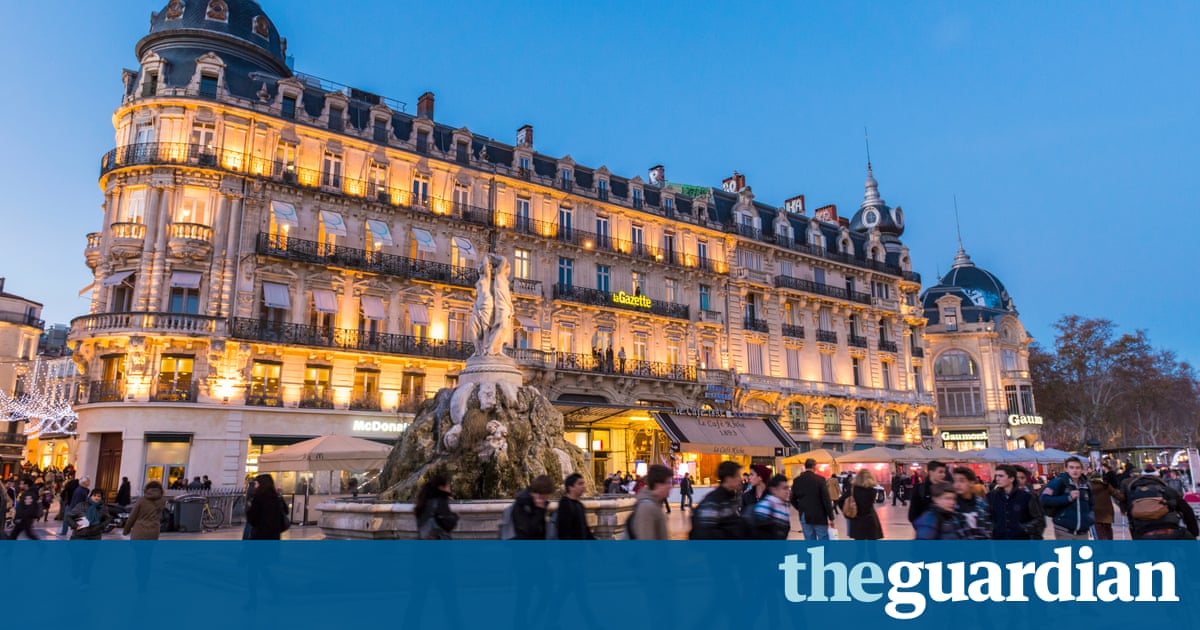 This compact, sun-kissed city of 275,000 people, located six miles inland from Frances Mediterranean coast, should be passing Strasbourg as the countrys seventh-biggest. Any time now.

Often overlooked for the bigger southern metropolises of Toulouse and Nice, and even Provenal tourist-draws such as Avignon and Arles, Montpellier has been the fastest growing French city over the last half-century, more than doubling in size from only 119,000 in 1962.

Spend five minutes on 18th-century plaza Place de la Comdie, and youll feel the livening effects of the citys massive student intake, who comprise up to one-third of residents. But for some people, the growth has been too abrupt.

My feeling is that the city has lost a bit of its soul, says Marie Laure Anselme-Martin, 70, from a local family going back four generations. There are very few Montpellirains with real roots only about 15% of the population now. You could put us all in the zoo.

The citys journey from poky provincial capital started in the 1960s, when it was first swollen by the influx of pieds-noir (Christian and Jewish people whose families had migrated from all parts of the Mediterranean to French Algeria) and Spanish exiles from Franco. Enter outspoken socialist mayor Georges Frche. This frank mayor once declared he would name the municipalitys cleaning-supplies room after Franois Mitterand: Un ptit president, une petite salle. (A small president, a small room.) His development programme including the love-it-or-hate-it neoclassical Antigone quarter, and later the Jean Nouvel-designed town hall, a kind of black Rubiks cube made Montpellier Frances urbanist laboratory. Montpellier took off with him, says Anselme-Martin, even though she stood in opposition to Frche as a municipal councillor. When he arrived, the city raised the bar very high.

82 Points with which Montpellier HSC did a Leicester and unexpectedly won the French football championship in 2011-12 for the sole time in their history. (Theyre currently mid-table.)

37 Percentage of youth unemployment in the city testament to ongoing economic stagnation in the south, and Montpelliers reputation as a cushy beach-bum option.

Unlike its illustrious neighbours, Montpellier has no Greek or Roman heritage. First mentioned in AD 985, it grew to prominence in the Middle Ages, thanks partly to a school of medicine that quickly became a European leader and is now the worlds oldest active medical faculty. Former pharmacist Anselme-Martin says Montpelliers research culture is one of its highlights: I bathed in it. Ive got lots of friends in the research world, theyre people I appreciate because theyre humble. Open-mindedness was key: in 1180, William VIII decreed that anyone, including Jews and Muslims, could practice in Montpellier though not apothecaries, as Nostradamus, expelled for being one, would learn. Today, the medico-botanical influence is still evident in the scores of biotech and agribusiness companies.

Montpellier in sound and vision

Profound late-career Truffaut or misogynist misstep, depending on who youre talking to, the great director let his wandering eye rove on Montpelliers streets for 1977s The Man Who Loved Women. Here is local directors Yann Sinics airborne tribute to the film.

The Meds little-known skanking outpost, Montpellier has a vibrant roots-reggae scene dating back to the late 1990s. Since 2010, record label Salomon Heritage has taken the reins broadcasting the Jamaican sound system tradition to the Languedoc and further afield.

Whats everyone talking about?

Surprisingly for a small city, Montpellier has ranked high in recent studies of Frances most congested places, rivalling Marseille and Paris. Its less surprising when you look at the thick tangle of arterial roads and exurban sprawl surrounding it. Cutting a 12km scar through the red loam to the south of the city since 2014, is the massive A9 building site currently the countrys largest motorway construction project, designed to siphon off all non-commuter traffic and reroute it southwards.

Whats next for the city?

With real-estate development sprouting up on every side, Montpelliers mayor, Philippe Saurel, is still fixated on showy flagship projects. The Belaroia (jewel in Occitan) is a new luxury hotel and apartments complex expected to be completed opposite central Gare St Roch at the end of 2018, where a fifth tram line a new axis linking villages to the north and southwest may intersect by 2025.

Then there is the flashy 55m LArbre Blanc tower, stylistically situated between Japan and the Mediterranean. Anselme-Martin has her doubts: These showcase buildings are they going to work? Can people afford this housing? Because Languedoc-Roussillon is nearly Frances poorest region. Not much work, a lot of unemployment.

There are certainly signs of development mania. The overarching Occitan region recently withdraw its share of funding for a new 135m out-of-town train station already under construction, after learning that only four TGVs a day will stop there on its initial opening in 2018.

With all this activity, one thing is sure: Nantes, Frances sixth biggest city with a population of about 285,000, is now in Montpelliers sights.

The lively but slightly-too-Saurel-friendly Gazette de Montpellier is the local Time Out. MontpellierCityCrunch is the buzziest events guide. The underground-orientated Jacker magazine is Montpelliers answer to the Beastie Boys Grand Royale.