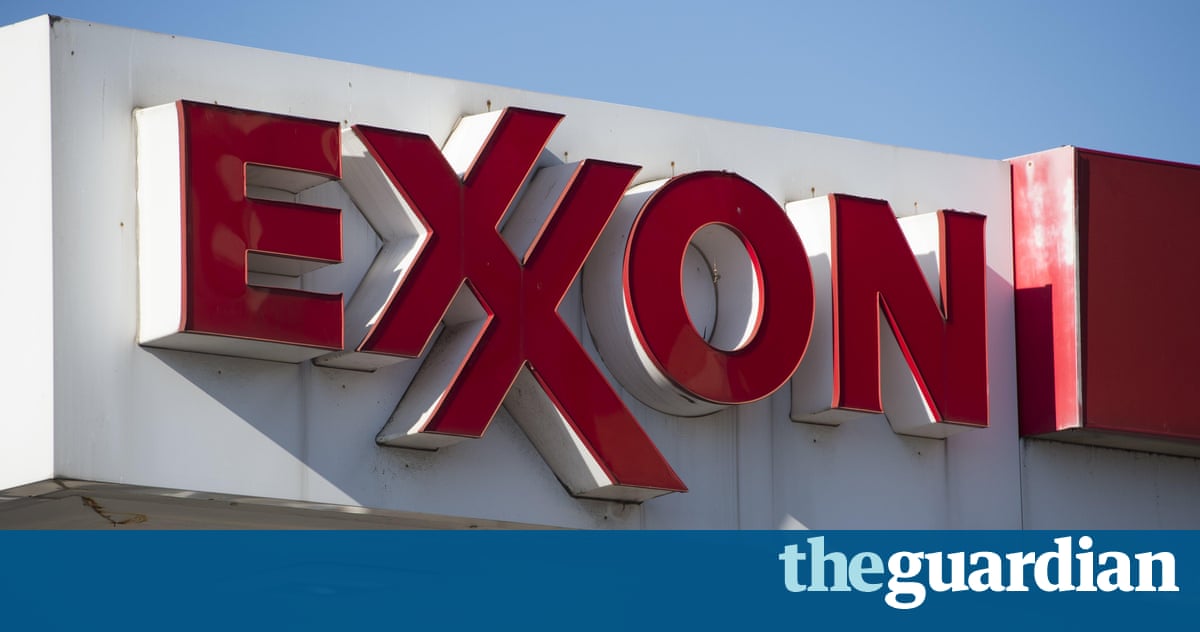 ExxonMobils deal to secure the Crown Jewels of Nigerian oil reserves is under investigation by the west African countrys economic and financial crimes commission, according to documents obtained by the Guardian.

Exxon, the worlds largest oil company, secured the lucrative oil rights in 2009 by beating out Chinas fourth-largest oil producer for access, despite apparently underbidding its rival bid by $2.25bn.

A letter provided to the Guardian addressed to an Exxon subsidiary from Nigerias federal ministry of petroleum resources shows the accepting of a 2009 bid of $1.5bn for a 20-year lease on the Oso, Ekpe, Edop and Ubit oil fields, which produce about 580,000 barrels a day between them close to a third of Nigerias crude oil production of about 1.8bn barrels a day, according to Opec.

Local Exxon rival Sunrise Power & Transmission, at the time a consortium of Nigerian and Chinese interests that included the Chinese National Offshore Oil Corporation (CNOOC), bid $3.75bn for the same rights, according to a letter from Sunrise to the Nigerian president.

The deal was reported to the Nigerian authorities by Lanre Suraju, a Nigerian anti-corruption activist and chairman of the Civil Society Network Against Corruption. Suraju said he was passed documents related to the deal by a concerned citizen after his June 2015 petition to investigate the bid was made public. Suraju was the recipient of a letter dated 17 August 2015 in which the authorities confirm they are investigating the deal.

The documents were given to the Guardian by international watchdog group Global Witness, which said it had confirmed the investigation with the Economic and Financial Crimes Commission (EFCC). The EFCC told the Guardian it could not comment on the existence of an investigation, though Suraju said that as of last week the EFCC has progressed impressively on the matter.

Revelations about the investigation come at a sensitive moment for the oil industry: the US Securities and Exchange Commission (SEC) is currently considering a rulemaking under the Dodd-Frank Wall Street Reform and Consumer Protection Act that would require energy companies to disclose the specific payments, down to the level of the individual project, that the firms make to foreign governments in order to secure lucrative mining and drilling rights.

Dominic Eagleton of Global Witness said his organization wants to support greater transparency in international oil deals and hopes the SEC rule passes as proposed. Its vital that the US introduces strong transparency rules to bring these deals into public view, enabling citizens in Nigeria and other oil-rich nations to hold their governments and companies to account for how the money is used, he said.

Exxon has argued to the SEC that the new rule disregards a court ruling against the regulator and the many comments, concerns, and good-faith proposals for alternative approaches put forward by industry.

An internal memo signed by executives of the nations state-run oil firm, the Nigerian National Petroleum Corporation (NNPC), shows Exxons local subsidiary Mobil Producing Nigeria (MPN) originally tried to acquire a 25-year license to receive billions of dollars of oil for just $75m, saying they had expected the price for the lease renewal to be millions not billions.

The three oil-mining leases, or OMLs, renewed in 2009 at the end of a 40-year lease, are for shallow-water offshore lots of oil-rich real estate labeled blocks 67, 68 and 70. Production at the properties is very high, according to reports. Assuming the leased properties generate that many barrels every day of the year at an average of $50 a barrel, the gross revenue from ExxonMobils 40% stake in the wells would come to $4.2bn annually. The properties also produce natural gas.

Mobil Producing Nigeria takes strong exception to these allegations, Lauren Kerr, the operations media relations manager for ExxonMobil, told the Guardian. Mobil Producing Nigeria fully complied with the requirements outlined by Nigerian law for the renewal of oil mining licenses 67, 68 and 70. Nigerian law, as prescribed under the Petroleum Act, outlines the processes and procedures for an oil mining license renewal in the country. Within this framework an agreement between the Nigerian government and MPN was reached and legally executed.

We have noted the same to Global Witness.

The company adheres to the highest standards of business conduct, and to imply so without evidence is grossly irresponsible.

CNOOC said it would not comment on the specifics of the deal, though spokeswoman Irene Gao said the company had learned from the experience: In the future, the Company will attach more importance to the organic development of overseas assets and further optimize its overseas portfolio, Gao told the Guardian.

For the year ending 2015, ExxonMobil reported realizing $12.2bn from all of its Nigerian assets in sales and other operating revenue.

Just two months before the renewal, the Financial Times reported that Tanimu Yakubu, economic adviser to Nigerias former president Umaru YarAdua, had said that Chinese bidders are really offering multiples of what existing producers are pledging [for licences] we love to see this kind of competition.

But the leases stayed with Exxon to the consternation of Leno Adesanya, at the time the chairman of Sunrise Power & Transmission, a consortium of local and Chinese interests that included CNOOC.

In the case of ExxonMobils OML 67, 68 and 70, our consortium offered $3.75bn for 40% equity interest in oil reserves, Adesanya wrote to Nigerias current president, Muhammadu Buhari, last July according to one letter provided to the Guardian. The letter goes on to say that the company had offered $18.75bn for a 100% interest in the same properties under the original agreements, the wells are a joint venture in which 40% of the oil goes to Mobil Producing Nigeria, and the other 60% to Nigerias state oil company.

A letter from 31 August 2009, little more than two months before the acceptance of the lower bid, details the $18bn bid from Sunrise and seems to assert the Chinese firms ability to handle the daunting logistics of changing ownership from Exxon, though it does not directly refer to its competitor: It is important to emphasize that Sunrise, CNOOC and the other constituent members of the Consortium are not only capable of funding petroleum operations in the respective OMLs, but have the technical know-how to undertake and carry out petroleum operations as required by international petroleum oilfield practices.

Exxons current rights are based on a disputed November 2009 deal, the negotiation of which was the subject of an inquiry by Nigerias now former oil minister Diezani Alison-Madeuke, who said at the time she would recall the agreement since they had only been signed by a junior minister, Henry Odein Ajumogobia, and had never been countersigned by the senior oil minister, the late Rilwanu Lukman. A letter from Ajumogobia sets the price of the Exxon deal at $1.5bn, though it was widely reported as costing only $600m.

Alison-Madeuke, later the president of Opec, was arrested in London last October by Britains National Crime Agency as part of a corruption investigation. She was released on bail and did not appear before a magistrate in October, citing health concerns.

The documents appear to include pages one and three of an initial agreement from Ajumogobia confirming the renewal of the leases. Page two has been withheld; Suraju said he believes that it contains terms outlining the construction of a power plant, which the government presented as evidence that it had driven a hard bargain when pressed to investigate the deal for corruption.

Local news reports citing Nigerian officials value the power plant at $900m, which Suraju believes accounts for the difference between the $600m reported and the $1.5bn described in the letter to MPN from Ajumogobia.

The design contract for the power plant was awarded in 2009. In 2010, the NNPC announced groundbreaking on the project. An article published Tuesday described progress on the power plant, located at ExxonMobils Qua Iboe terminal in Akwa Ibom state, as slow.

One of the documents obtained by Suraju is a memo signed by officials of the national oil firm, the NNPC, describing the negotiations with Exxon. [T]hese blocks, particularly OMLs 67, 68 and 70 are the most prolific portfolio of hydrocarbon assets in offshore Niger-Delta, the governments representatives said. They are rightly referred to as the Crown Jewels.

Exxons lease on the blocks was set to expire in November 2009, and renegotiating that agreement was of paramount importance to the west African nation. [T]hese blocks represent the last remaining shallow-water resources of this magnitude in the Nigerian continental shelf and therefore lease renewal represents a unique opportunity for value capture for the Government, the reports authors wrote. Assuming a long-term minimum oil price of $50 a barrel (Brent crude was trading for just over $50 a barrel on Thursday), the government asked for $2.55bn.