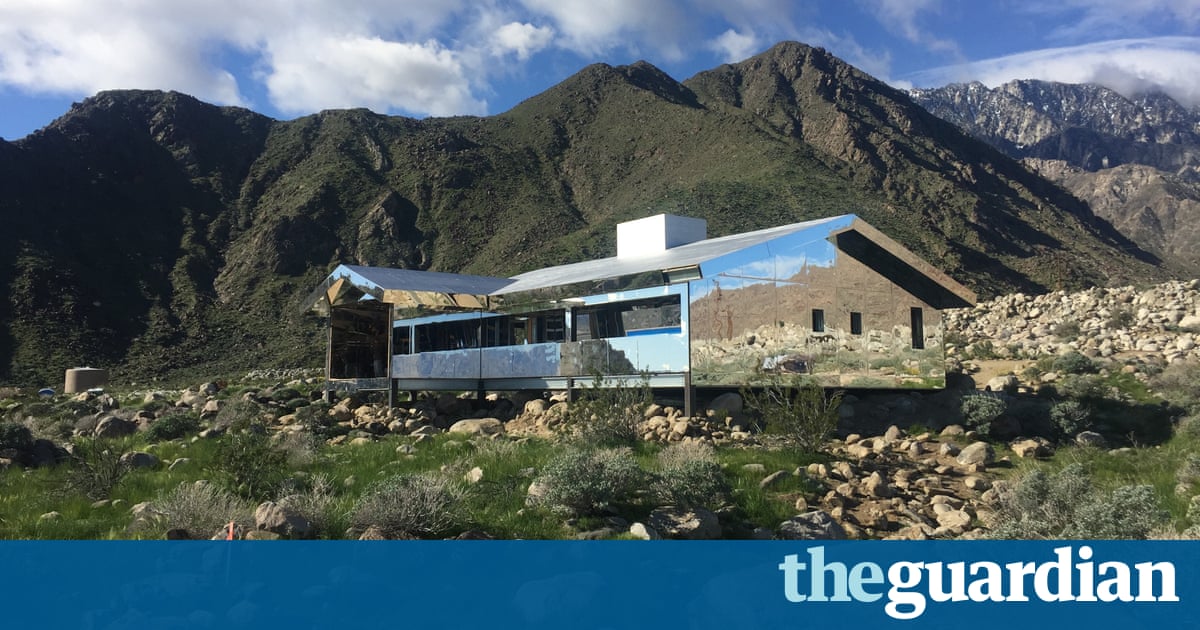 Speeding down the Gene Autry Trail, a Palm Springs desert road named after the singing cowboy, there are mountains to the north and south, and billboards on each side. Somewhere between the ads for milkshakes and legal counsel, there are large-scale images of mountains, and from three exacting positions on the road, they suddenly snap into place; for a few brief moments, they perfectly align with the jagged scenery. And just as quickly, theyre behind you. Perhaps you had imagined it, or perhaps you didnt notice them at all.

This fleeting mirage is LA-based artist Jennifer Bolandes new work, Visible Distance/Second Sight, a site-specific homage to the landscape. She and 15 other artists have come to Palm Springs and the surrounding area as part of Desert X, a new exhibition of large-scale installations that stretches across 45 miles until 30 April. (Not coincidentally, theyre sited along the path leading from Los Angeles to behemoth music festival Coachella, which also takes place in April).

I live in New York, so I was interested in this sort of manifest destiny of the migration west, English-born artistic director Neville Wakefield explains, citing a 19th-century idea that divine sanction validated the United States merciless, violent westward expansion, regardless of who was already living there.

Yeah, no, it was awful, Wakefield concedes. But in terms of New York having evolved or devolved into a marketplace, I was a little bit disillusioned at having watched wealth evacuate art from the city center. It was interesting to do a show that recognized whats happening on this coast.

He invited the artists to search for their own sites in the desert, offering little in the way of curatorial direction in order to allow the place itself to become the curator. In the rich tradition of 1970s land art, it would be the myriad conditions unique to the desert the pristine daylight, the untouched expanses of land, the brutal climate that shaped the work.

After a bit of research, trial and error, Bahamian artist Tavares Strachan found himself an unused, 100,000 sq ft plot of land to use down a little dirt road in Rancho Mirage, a desert town where the population hovers around 18,000. He has carved an alternative landscape into the sand: 4ft deep craters and trenches in vaguely celestial shapes, lined with bars of cool yellow neon. From above, the lights spell out the simple proclamation, I Am, amid exploding shards of light, although youd only see that online via images captured by drones. Standing inside this work during an inky black desert night is like standing on a glowing planet.

With a set of wheels and a decent 4G connection, anyone can come visit these sites, which have been conveniently plotted as Dropped Pins on Google Maps courtesy of the Desert X website. The best work engages the viewer with a dialogue with the land, including Sherin Guirguiss One I Call, a clay bird refuge with glittery bits of gold in the open roof, nestled in the shadow of a steep cliff in the serene Whitewater Preserve. Theres also Lita Albuqerques hEARTH, a cobalt sculpture of a woman lying inside a circle of white sand, ear pressed to the earth as a low, looped reverberating chorus rhythmically repeats the question, Why did you come here?, which turns out to be an excellent question in the context of this show. 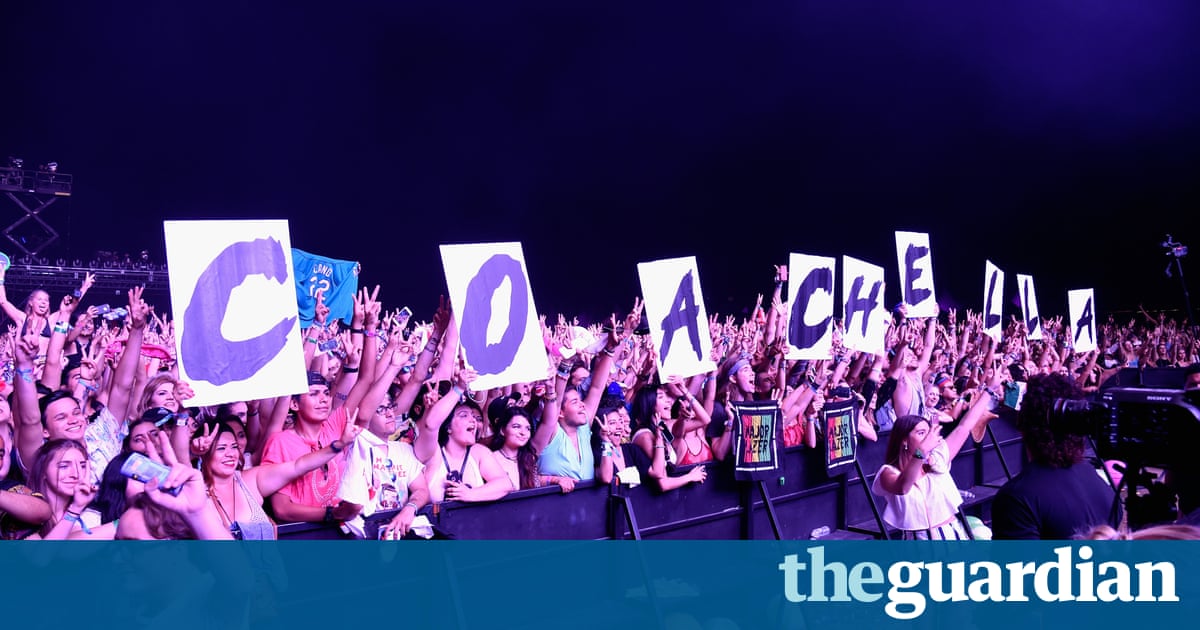 Billionaire Philip Anschutz, the businessman whose company organizes Coachella, has denied donating funds to anti-LGBT groups after reports resurfaced linking his charitable foundation to the organizations.

Anschutz, 77, has reaped billions across the oil, telecom, real estate and entertainment industries, but his Anschutz Foundation drew criticism last year from Freedom For All Americans, a group that supports gay rights. The campaign last year reported that the Anschutz Foundation had given almost $200,000 to anti-gay conservative activists, including the Family Research Council and Alliance Defending Freedom. Both groups have been condemned for anti-gay rights activism by the Southern Poverty Law Center, a left-leaning watchdog of hate groups.

This week, several music blogs picked up last years report, after the full lineup for this years Coachella music festival was revealed this week. Coachella is organized by the Anschutz Entertainment Group.

In a statement sent to Rolling Stone, Anschutz called the recent reports fake news and garbage. He denied that he would ever knowingly support any anti-gay cause.

I unequivocally support the rights of all people without regard to sexual orientation, Anschutz said. Neither I nor the Foundation fund any organization with the purpose or expectation that it would finance anti-LGBTQ initiatives.

He added that when anti-gay activity by recipients has come to his attention, we have immediately ceased all contributions to such groups.

Room for one more? Panorama festival takes a gamble in New York

The people behind Coachella are putting on a festival starring Kendrick Lamar and LCD Soundsystem. In a crowded market, is it enough to lure New Yorkers? 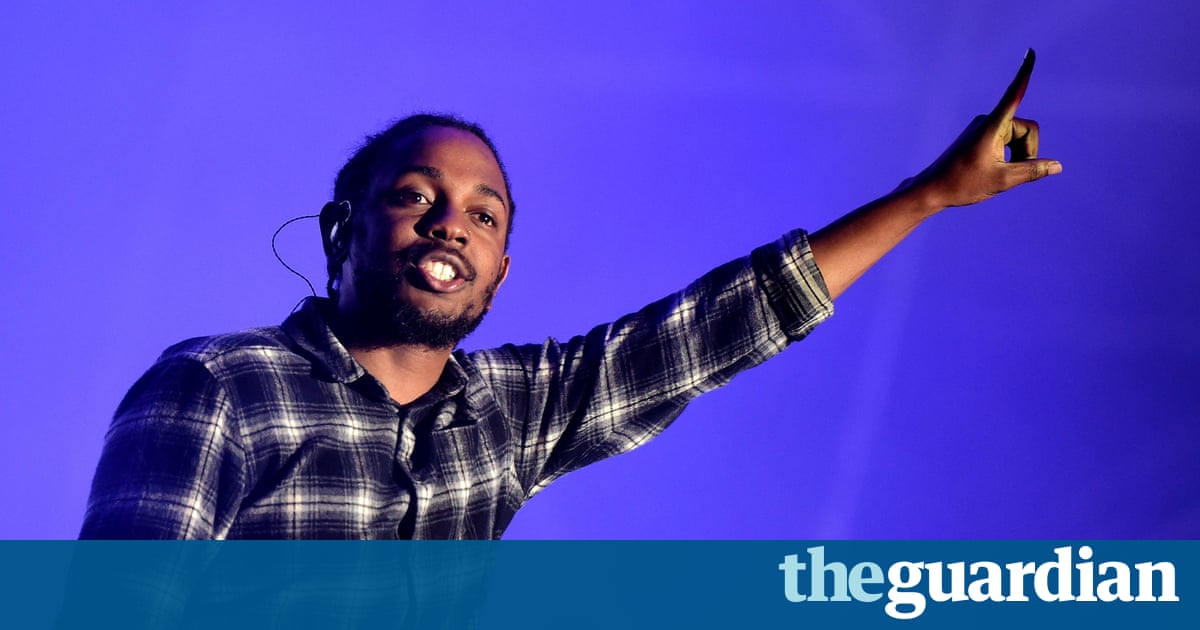 After months of controversy including a turf war and a petition to block it from happening, the Panorama music festival will finally debut in this weekend.

Its entrance into the New York festival scene parks its tanks firmly on the lawn of the more established festival Governors Ball, which takes place on Randalls Island each June. The prospect of a new festival entering the city caused such a stir that Governors Ball organizers started a petition to ask Mayor Bill de Blasio to deny a permit on Panoramas original location: Flushing Meadows Park in Queens.

Panorama, which is organized by AEG Live and Goldenvoice, the company behind the huge California festival Coachella, later received a permit to hold the festival on Randalls Island albeit in controversial circumstances the same place as Governors Ball.

The lineups also target a similar demographic, with Kendrick Lamar, Arcade Fire and LCD Soundsystem headlining Panorama, and Governors Ball boasting Kanye West, the Strokes and the Killers though West didnt play as the final day of the Governors Ball due to bad weather.

Panoramas debut in New York has raised concerns that festivals may be reaching saturation as organisers compete for the same space. It remains to be seen whether New York has the appetite for two large and similar targeted events. While festivals have grown in the US exponentially in the last decade, 2016 has seen some slowdown in ticket sales.

Panorama has not sold out but the events producer Mark Schulman said the organisers were happy with ticket sales. Were really pleased with the ticket sales for the first year, Schulman said. We have surpassed our expectation.

Paul Tollet, the promoter of AEG and Goldenvoice, told the New York Times that they were not promoting the festival aggressively in the first year.

However Larry Miller, the director of music business program at NYUs Steinhardt school said that he had noticed an increase in print and radio promotion in the week leading up to the festival, a traditional last-ditch marketing technique to boost lower than expected sales. Also, at the time of publication three-day passes were available on resale sites for $100 below face value, further indication of a lack of demand.

There is also some warning signs of a national slowdown in the festival boom America has witnessed over the past decade.

In 2014, the market was buoyant. Coachella, Bonnaroo and Lollapalooza each sold to capacity, moving hundreds of thousands of tickets. Nielsen Music reported that 32 million Americans said they go to at least one US festival per year half of them being millennials, the crown jewel of marketing demographics.

However, Panorama is not the only festival to have suffered slow ticket sales in 2016. Bonnaroos sales were the lowest in the festivals 15-year history and a 46% drop from its peak.

An Eventbrite survey of festival organizers, producers and production companies found that 45% of those who hold large festivals with 50,000 or more attendees were concerned about market saturation. The growth of the number of festivals has also shrunk the pool of sponsorship money, a key factor in making festivals profitable.

Wilson believes there may be a limit on the growth potential of music festivals.

Maybe we are reaching the saturation point, certainly of the mega festivals, Wilson said. I think we are beginning to bump up against the price ceiling.

In New York, the number of small festivals has also grown dramatically over the past 10 years, in line with the national trend.

Folk and jazz festivals have existed in New York since the 1960s, including the Schaefer music festival, which ran in Central Park from 1968 to 1976 and the Kool Jazz festival, which arrived in the city from Newport in 1972. However, Governors Ball gave New York its first mega-festival when it began five-years ago and now attracts 50,000 fans each day for three days. Meanwhile the number of niche festivals such as Afropunk and the Brooklyn hip-hop festival has also grown.

Tom Russell, a partner in Founders Entertainment and founder of Governors Ball, believes there remains a demand for festivals in New York but it is not limitless.

Founders was previously an independent company but recently partnered with the corporate concert organszer Live Nation in order to ensure it can compete with the deep pockets of AEG Live.

Other large US cities such as Chicago and Los Angeles have several large festivals a year but Wilson explains that the New York market is difficult for several reasons. This includes real estate availability, cost of operation, and competing for peoples attention with so many offerings on any given night. Using his students as a sample, he believes that there is still a strong appetite for festivals but that at less than two months apart, Panorama may have been scheduled too close to Governors Ball.

Panoramas organizers contend that there is more than enough room for both festivals in the city. Schulman also said that he doesnt want the event which is inspired by the 1964 World Fair to be described as simply a festival. It will feature installations from local artists and several interactive exhibits as the organizers wanted to fuse the art, technology, and music landscapes of New York.

It remains to be seen if two festivals targeting the same audience on the same grounds can survive in New York City.

If theyre serious about building a lasting festival brand in New York, they need to be prepared to play a long game, Miller said. Not simply judge whether to do a second festival next year on the basis whether they made or lost money this weekend.