Sea level rise is making floods more common and as the New Jersey resort braces for the next Sandy, the well-heeled Florida city is throwing money at the problem 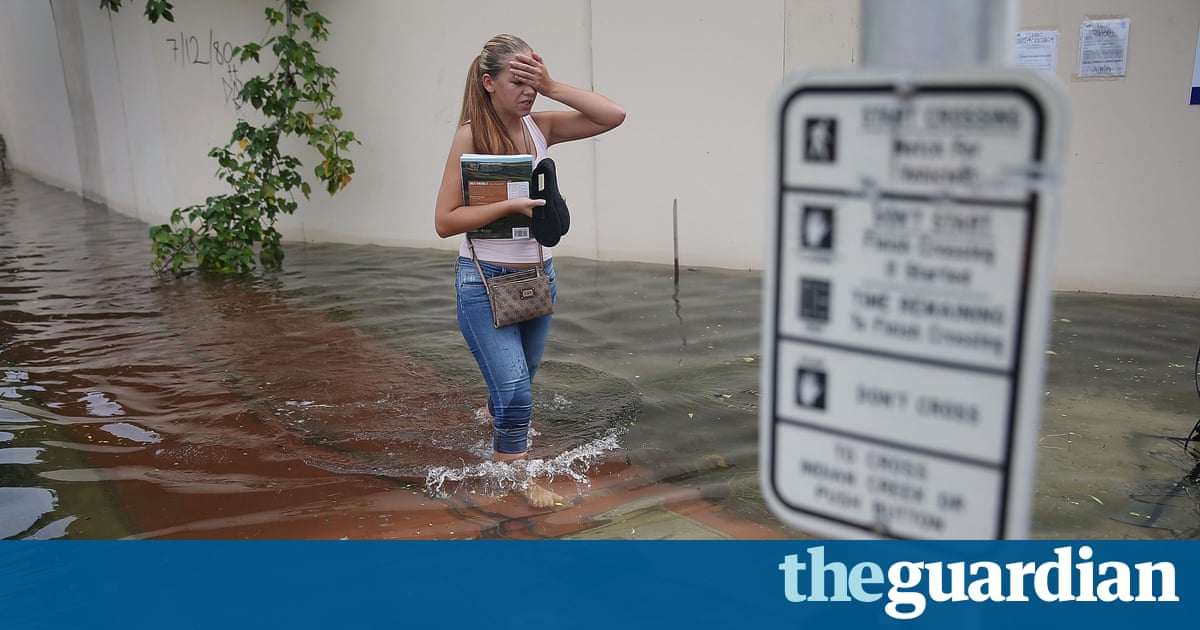 The Irish Pub near Atlantic Citys famed boardwalk doesnt have any locks on the doors as it is open 24 hours a day. So when Hurricane Sandy crunched into what was once known as the Las Vegas of the east coast in 2012, some improvisation was needed.

Regular drinkers helped slot a cork board through the frame of the door, wedging it shut and keeping out the surging seawater. The wild night, which severely damaged more than 320 homes and caused a week-long power blackout, was seen out by those taking shelter with the help of several bottles of Jameson.

But Sandy was just the headline act among increasingly common flooding events that are gnawing away at the thin island upon which the city sits.

Sandy, as devastating as it was, isnt the greatest barometer because we have flash floods, said Cathy Burke, who has run the Irish Pub since 1973. Burke, a gravelly voiced institution along the boardwalk, has hoarded treasures from Atlantic Citys zenith. The upstairs of the pub is replete with vintage furniture, gramophones and china dogs.

We can have floods at the drop of a hat, Burke said. Without even realizing were going to have them. Itll be raining and within seconds youll see flooding in the street. You dont read about it in the paper. You dont hear about it on the radio or television. You just have water that just comes up and if you dont have warning and move your car, you have water in the car.

These flooding events have increased seven-fold in Atlantic City since the 1950s, according to the National Oceanic and Atmospheric Administration, and are spurred by rainfall or simply a spring tide abetted by unhelpful gusts of wind.

The casinos and boardwalk are protected on the ocean side by a network of beach dunes. But the western side of the city, where few tourists venture and poverty lingers, is more vulnerable. Several times a month water swells in the bay behind Absecon Island the barrier strip dotted by the resorts of Atlantic City, Ventnor, Margate and Longport and with nowhere to go can slosh into the streets, wrecking cars and stranding residents.

The rising ocean, fed by melting glaciers and the expansion of warming water, is piling up water along Americas entire eastern seaboard. To compound the problem much of the mid-Atlantic coast is sinking, a hangover from the last ice age, meaning life and property is being swamped like never before.

And yet with no overarching national sea level rise plan and patchy commitment from states, many coastal communities are left to deal with the encroaching seas themselves. Wealthier areas are raising streets and houses, erecting walls and pumps. Those without the funds or political will have several state or federal grants they can access but often make muddled choices in the face of this sisyphean task.

There is no central place that makes all the decisions, so you get one town building a pump station to push water out and another town pumping the water back to the same place, said Rouzbeh Nazari, an environmental engineering expert at Rowan University.

Nazari is critical of outdated flood maps, risky building in areas prone to flooding and what he considers an undue haste to buy up water-ravaged houses on the cheap to compensate homeowners rather than improve ragged coastal defenses.

It kind of feels like weve just given up, that we cant do anything about it, he said. Im less worried about a Sandy-like event than nuisance flooding. They are losing 20 cars a month to nuisance flooding on Absecon Island. We need a regional solution but New Jersey has no specific plan to deal with it.

A spokesman for New Jerseys department of environmental protection disputes claims that it lacks a plan, pointing to work with the army corps of engineers over future levees and a solution to inadequate stormwater systems that can exacerbate flooding.

We will be working very closely with coastal communities in identifying problem areas and the best ways to deal with them, the spokesman said. Chris Christie, the New Jersey governor, has previously said there was no evidence that Hurricane Sandy was linked to climate change. Asked about flooding at Cape May last year, Christie said: I dont know what you want me to do, you want me to go down there with a mop?

Trump interior secretary pick on climate change: ‘I dont believe its a hoax’

Ryan Zinke distanced himself from the president-elect in confirmation hearing: The climate is changing. The debate is what is that influence and what can we do 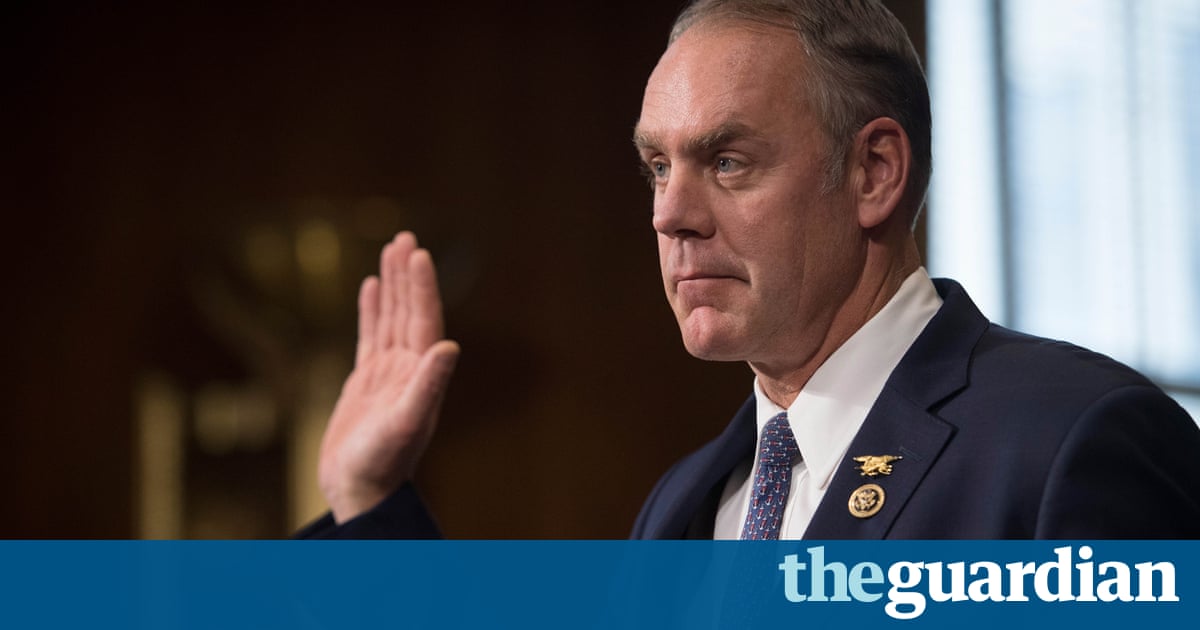 Donald Trumps nominee for secretary of interior, Ryan Zinke, distanced himself from the president-elect on Tuesday, saying the climate is changing. The debate is what is that influence and what can we do.

Zinke, a two-term congressman for Montana, had been asked by Bernie Sanders about Trumps infamous 2012 tweet where the real estate developer described climate change as created by and for the Chinese in order to make U.S. manufacturing non-competitive.

Zinke, a former navy Seal, responded by stating matter of factly, I dont believe its a hoax.

The statement came in a hearing on his nomination held by the Senate energy and natural resources committee on Tuesday.

However, the Trump cabinet nominee insisted he wasnt a climate science expert and stated his belief in being prudent towards what he characterized as a lot of debate on both sides of the aisle.

Zinke also differed from many in his own party by insisting: Im absolutely against transfer or sale of public lands. Many Republicans have long pushed for the federal government to transfer ownership of public lands to the states, and this was included as a plank in the partys platform. However, the Montana Republican still made clear his support for fossil fuel drilling on federal lands, saying We have to have an economy.

Zinke is expected to sail through the Senate with bipartisan support. He was introduced by both of his states senators, Democrat Jon Tester and Republican Steve Daines, before the hearing on Tuesday. Zinke had long been considered the strongest general election opponent to Tester in 2018 but his appointment likely prevents him from seeking a Senate bid and boosts Democratic chances of holding onto Testers seat in the midterms.