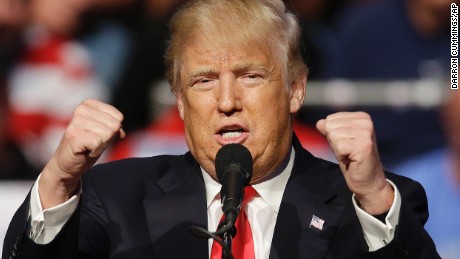 Using Twitter, Trump said he was, “honored to have received the endorsement of Lou Holtz – a great guy!”
The tweet, which comes one day before Indianans go to the polls in a crucial primary contest, included a video of Holtz, where he said, he “wholeheartedly” endorses Trump.
“There are nothing but winners in Indiana,” Holt said in the video. “The main reason I’m endorsing him: I have played his golf course and stayed in his hotel. He does nothing but go first class on everything. He wants his country to be first class as well.”
In Indiana, it’s the second such endorsement from a key sports figure in the state, the first one coming from Bobby Knight, the former Indiana University basketball coach.