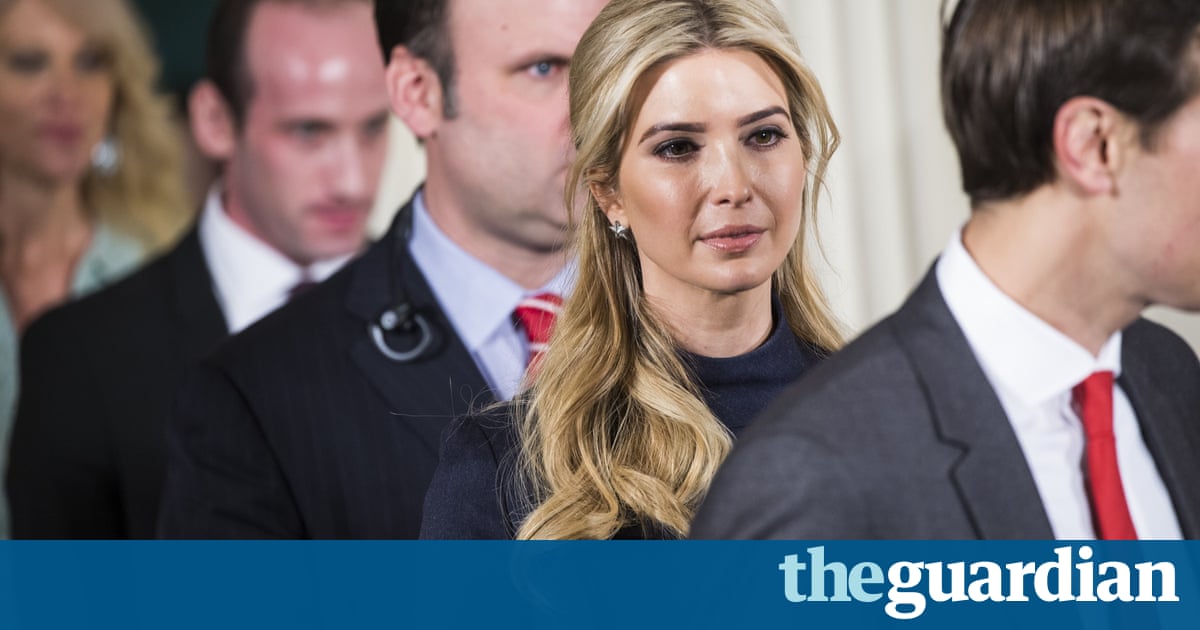 After months of attending meetings of world leaders and visiting factories with her father, the role of first daughter Ivanka Trump is officially expanding creating new ethical issues for an administration that has been heavily criticized over its potential conflicts of interest.

She will not have a specific title, but Trump will have an office in the West Wing, a government-issued phone and computer and security clearance to access classified information, and she will advise her father.

While there is no modern precedent for an adult child of the president, I will voluntarily follow all of the ethics rules placed on government employees, she told Politico in a statement.

But following the ethics guidelines should not be voluntary, said Richard Painter, a law professor at the University of Minnesota who served as chief ethics lawyer for George W Bush between 2005 and 2007.

Given what shes going to do, I dont think she has any choice, he said. She has a West Wing office, she has equipment, she has a White House email address, shes going to be doing policy work, said Painter.

For purposes of the conflict of interest statute, I believe she is a government employee, he added.

Ivanka Trumps lawyer, Jamie Gorelick, argues that since she will earn no salary and not be sworn in, she does not count as a government employee. There is no precedent for adult children whose father is president working in the White House, although two presidents Andrew Jackson and James Buchanan had their nieces serve in the role of first lady since Jackson was a widower and Buchanan a bachelor.

Trump has handed control over the day-to-day running of her eponymous clothing business to an executive and its assets are maintained by a trust managed by two of her husbands siblings.

As part of the trust rules, outlined in the New York Times, Trump can veto any potential business deals for her clothing company that might create a conflict with her political work.

That means, points out Painter, that Trump has to know about any new deal that might put her at risk of breaking the statute, meaning she can be held responsible.

Shes got accountability on that stuff. She cant just blame the trustee, he said.

Trumps marriage to her fathers senior adviser, the real estate developer Jared Kushner, poses additional potential problems, because both could benefit financially from each others businesses.

Painter warned that the pair should avoid official political discussions involved with trade agreements regarding textiles, real estate and even bank deregulation, since that can affect real estate.

That means if the premier of China visits the White House most of Ivanka Trumps clothing line is made in China and Hong Kong it is fine for her to attend the meeting, but she should not mention trade and if the discussion begins to focus on trade, she should excuse herself, says Painter.

The ethics expert noted approvingly that Ivanka Trump engaged Wilmer Cutler Pickering Hale and Dorr, the same legal services used by the secretary of state, Rex Tillerson, former head of ExxonMobil, to handle issues of conflict of interest. Kushner also used the DC-based lawyers to manage his potential conflicts of interest with his family business after taking the role of adviser in the Trump administration.

Its a criminal statute, so people better not mess up under it. But I think shell do the right thing, said Painter.

« PreviousChurch From 1903 Owes $4 Million To Bank, Then Pastor Gets A Call That Changes Everything
Next »Anonymous donor pays off Pennsylvania church’s $4M mortgage