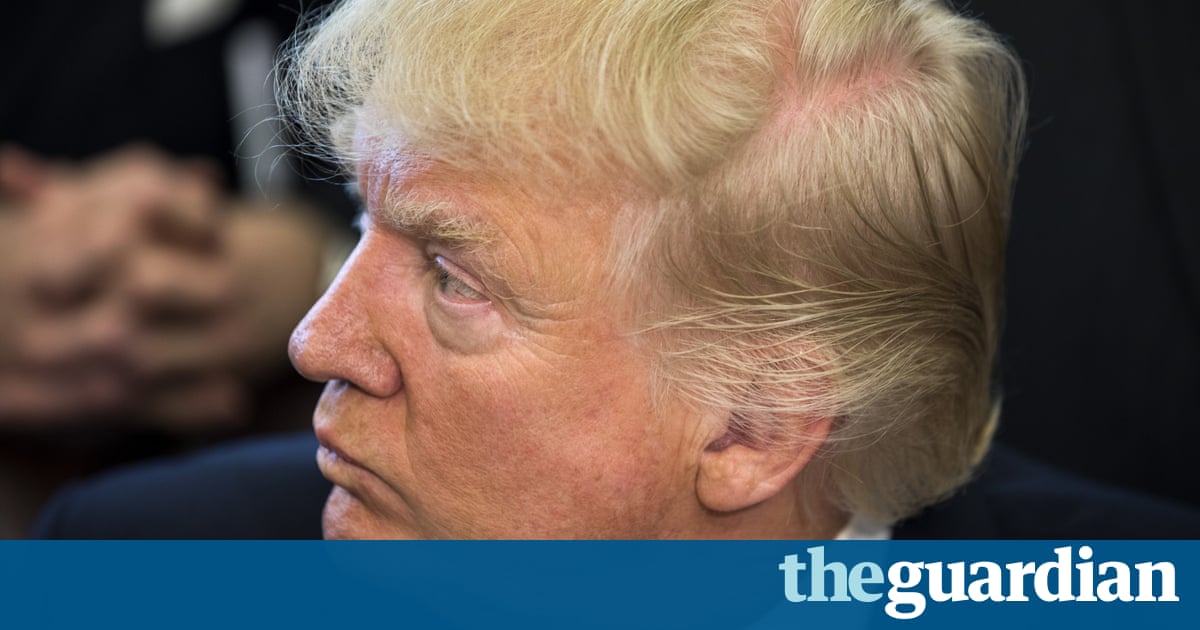 Why do we need to see Donald Trumps tax returns? Thats the number one question asked by critics of the story I broke last week on DCReport.org, after the presidents 2005 tax return summary pages showed up on 13 March in the mail at my home in Rochester, New York. Its a question Im happy to answer as a longtime tax reporter, a Trump biographer and a citizen who has known Trump for almost 30 years.

We need to see years of tax returns from every major-party candidate for president and vice-president because, as Richard Nixon said during Watergate, people have got to know whether or not their president is a crook. Nixon, it turned out, was a crook. While he was not indicted, his tax lawyer went to prison.

Among major-party candidates and presidents since then, only Trump has refused to release any tax information. The obvious question is: what is he hiding?

Without his complete tax returns since the 1970s, we have no way of knowing whether he is a crook or compromised by his extensive dealings with Russian oligarchs; with authoritarian regimes in Azerbaijan, the Philippines and Turkey; or by massive loans from a bank owned by the Chinese government and the Trump Tower space rented by its largest tenant, Industrial & Commercial Bank of China.

We do know from court records that Trump was embroiled in a sales tax scandal. He was named as one of the celebrities who bought items at the Bulgari jewellery store in Manhattan without the necessary taxes being paid. Ed Koch, when he was mayor of New York, suggested those involved should have served 15 days behind bars for this. Yet then, as now, Trump was bullish in his own defence. His spokesman said Trump was never part of the scam and only made bona fide purchases.

The Form 1040 I received tells us how much Trump made and how much tax he paid but not his sources of income, the interest he has paid, the depreciated values of his real-estate assets and many other details. But from his complete returns I and others could determine his sources of income and payments to banks and consultants, and calculate the value of his real estate.

Imagine if, as president, Trump gets financially squeezed as he was in 1990, when he had a negative net worth, and in 2008, when he claimed he could not repay a $40m debt. What leverage could Bank of China, to which Trump owes many millions of dollars, bring to bear?

It is owned by a communist government in Beijing. On the other hand, what if they forgave Trump debts to seek favourable foreign policy and military objectives?

During the campaign, Trump repeatedly said he would release his returns once the audits were complete. After assuming office he said he had no intention of ever making them public, despite mounting questions about his relationships with Russian oligarchs, involving at least one wildly lucrative deal at a time when he said the entire US real estate market was in collapse.

That same year, Trump sold a Florida estate he bought for less than $41m four years earlier to an oligarch for $95m (plus commission). Today the land sits vacant, the mansion bulldozed. According to Reuters, Russians have invested more than $100m in other Trump buildings. These are matters of public record, cited in my book The Making of Donald Trump. By his own account, Trump has had extensive dealings with Russian oligarchs over 30 years, so we should know more about their relationship.

A 2007 document Trump authorized what an active lawsuit says was a quarter-billion-dollar tax fraud that involved one of the oligarchs. The deal allowed a refinancing in which the profits vanished, for tax purposes. Trump and the defendants say it was a routine recapitalisation, and are trying to get the case dismissed in state court. How much did Trump get from it? His tax returns will tell.

These facts are more than enough to show why we need to know Trumps sources of income, who he is indebted to, who his business partners and associates are and who was paid supposed consulting fees. His tax returns would put a spotlight on this and much more.

Trump spent years in court fighting to not pay undocumented immigrants their $4 an hour pay. He refused to pay small business vendors over years too, putting many out of business. Lawsuits accuse him of swindling investors from Hawaii to Mexico to Florida. Are these the signs of an honest businessman?

Now Trump is the president, Americans need to know not only if their president is a crook but whether he is disloyal, can be leveraged by foreign interests or be bribed by them. Thats why we need to see his full tax returns.

David Cay Johnston, a Pulitzer prize-winning investigative reporter, is the author of The Making of Donald Trump. He is founder and editor of DCReport.org

« PreviousMuslims inside FBI describe culture of suspicion and fear: ‘It is cancer’
Next »Hong Kong faces ‘selection not election’ of China’s favoured candidate