Email Us|Short Application |Call Us 424.225.2167 | Products|Today's Rates|Live Chat
« PreviousDonald Trump Tries Out Most Absurd Defense Yet For Mocking Reporter With Disability
Next »All hail the CFPB: banking watchdog hangs in balance as election nears 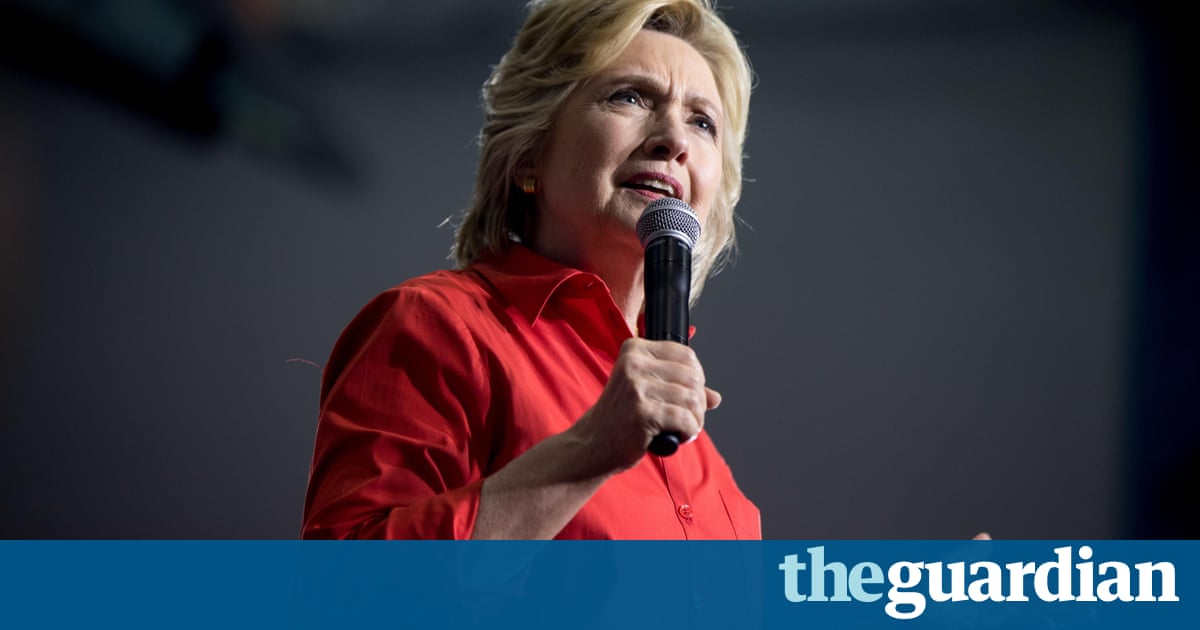 As she did so, Trump denied having ties to Putin and Russia and appeared to voice his approval of Russias annexation of Crimea from Ukraine.

In her first national interview since clinching the Democratic nomination, Clinton spoke to Fox News Sunday. The interview was taped in Pennsylvania on Saturday morning, before Trump criticized Khizr Khan, the father of a dead soldier, who spoke at the Democratic national convention.

Clinton answered tough questions on Benghazi, her emails and her campaign and policies, and focused her own attack on her opponents alleged links to Russia and Putin.

We know that Russian intelligence services hacked into the DNC, Clinton said, in her first interview with Fox in more than five years. And we know that they arranged for a lot of those emails to be released and we know that Donald Trump has shown a very troubling willingness to back up Putin, to support Putin.

Asked if she believed Putin wanted Trump to win the presidency, Clinton said she would not make that conclusion. But I think laying out the facts raises serious issues about Russian interference in our elections, in our democracy, she said.

The US would not tolerate that from any other country, Clinton said, adding: For Trump to both encourage that and to praise Putin despite what appears to be a deliberate effort to try to affect the election, I think, raises national security issues.

The hack of the DNC computers has also affected the Clinton campaign and the Democratic Congressional Campaign Committee. For about five days, a hacker accessed an analytics data program maintained by the DNC that was used by the Clinton campaign to conduct voter analysis, said an aide familiar with the matter.

According to an outside cybersecurity expert for the Clinton campaign, the campaign is confident the hack could not result in access to internal emails, voicemails or other internal communications and documents.

The hack led to the resignation of the DNC chair, Debbie Wasserman Schultz, on the eve of the partys convention, inspiring protests over leaked emails that showed top DNC staffers had discussed ways to undermine Clintons primary opponent, Bernie Sanders.

The FBI is investigating and federal sources have indicated that Russian intelligence sources may be to blame. On Wednesday, Trump appealed to Russia to find 30,000 missing emails from the private server used by Clinton when she was secretary of state. He later said he had been being sarcastic.

Trump was asked about his recent comments disparaging Nato allies, the softening of the Republican platform on Russia and Ukraine and his equivocations on Russias annexation of Crimea, the subject of US sanctions and United Nations disapproval.

Reminded that in fact Russia annexed Crimea from Ukraine in 2014, Trump said: But you know, the people of Crimea, from what Ive heard, would rather be with Russia than where they were. And you have to look at that, also just so you understand, that was done under Obamas administration.

In a statement issued later on Sunday, the Clinton policy adviser Jake Sullivan said: What is he talking about? Russia is already in Ukraine. Does he not know that? What else doesnt he know? While Trump hasnt mastered basic facts about the world, he has mastered Putins talking points on Crimea.

Asked about the removal from the GOP platform a call for supply of lethal weapons to Ukraine for defense purposes, Trump said: I wasnt involved in that. Honestly, I was not involved.

One of Trumps people, campaign chair Paul Manafort, previously worked for Viktor Yanukovych, the former president of Ukraine and a Putin ally who now lives in exile in Russia. Appearing on NBCs Meet the Press, he said he had no influence on the platform committee and the change absolutely did not come from the Trump campaign.

On ABC, Trump also said: If our country got along with Russia, that would be a great thing. When Putin goes out and tells everybody, and you talk about relationship, but he says, Donald Trump is gonna win. And Donald Trump is a genius. And then I have people saying, You should disavow. I said, Im gonna disavow that?

But when Putin says good things, and when we have a possibility of having a good relationship with Russia I think thats good.

« PreviousDonald Trump Tries Out Most Absurd Defense Yet For Mocking Reporter With Disability
Next »All hail the CFPB: banking watchdog hangs in balance as election nears